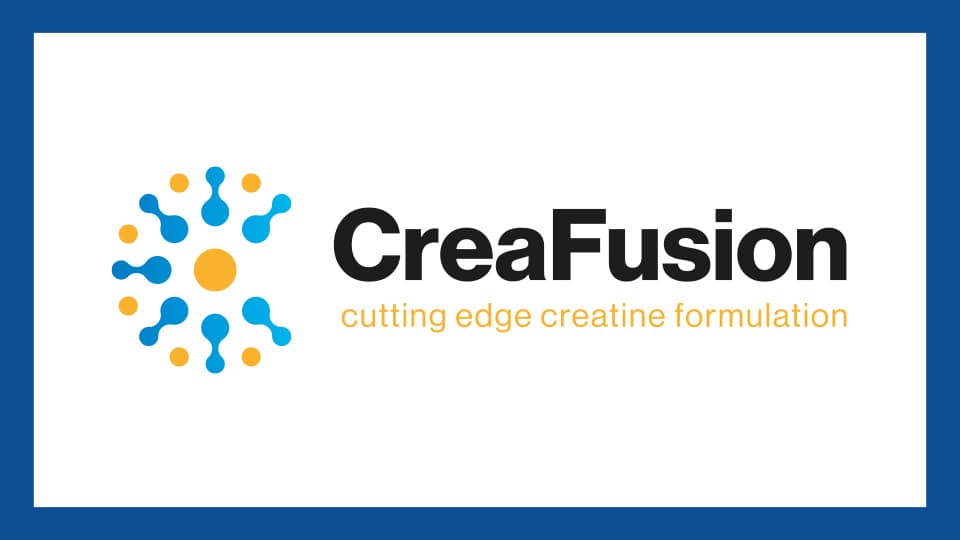 Creatine is one of the food supplements with very well researched efficacy: the substance increases physical performance in sports and also shows a number of beneficial effects in the clinical field – including neurodegenerative diseases – and as an anti-aging supplement.

The role of creatine in the body

The positive effects of creatine supplementation are based primarily on the important role the substance plays in energy metabolism, and secondarily on its antioxidant effects.
Creatine phosphate – a creatine molecule with a bound phosphate group – functions as an intermediate energy store in tissues with high, fluctuating energy requirements, particularly in skeletal muscle (where about 95% of all creatine present in the body is found), cardiac muscle, and the brain. The phosphorylated creatine molecule is formed from creatine during resting phases of lower energy consumption. This occurs by transferring a phosphate group from ATP (adenosine triphopshate), the universal cellular energy carrier molecule. In times of high energy demand, creatine phosphate is then available as a donor of the phosphate group in the regeneration of ATP from ADP (adenosine diphosphate) catalyzed by the enzyme creatine kinase.

The ATP concentration is relatively low even in cells with high energy consumption such as the muscle cells or the neurons of the brain. The low amount of ATP is contrasted by an approximately tenfold higher amount of stored creatine phosphate. For example, the amount of ATP available in a skeletal muscle cell is only sufficient for a few seconds of contraction of the intracellular myofilaments. To meet the body’s complete energy requirements, each individual ATP molecule must be regenerated about 1000 to 1500 times in the course of a day. This underscores the importance of creatine kinase-catalyzed rapid ATP regeneration and thus the importance of creatine in cells that require a lot of energy in phases: Regeneration via creatine kinase and creatine phosphate is much faster than ATP generation via oxidative phosphorylation that occurs in mitochondria, and thus can provide energy more efficiently than the latter at moments of high energy demand.

Creatine phosphate also has a well-documented membrane stabilizing effect. In the case of cell membrane damage, such as that caused by oxygen deficiency – for example, during heavy physical exertion or circulatory disorders – creatine phosphate prevents losses of essential cellular substances. This prevents muscle damage, for example, and shortens the recovery phase after training.

Creatine is not an essential nutrient: the substance is synthesized in the liver and kidneys; the amino acids glycine, arginine, and methionine are required for its formation. The creatine present in the body generally comes in roughly equal parts from the body’s own biosynthesis and from food, both of which contribute an amount of about one gram per day. Meat and fish are the most important sources here. Dairy products contain smaller amounts of creatine. Plant foods contain only traces of the substance.
Until the 1980s, creatine extracted or artificially synthesized from meat was primarily needed as a laboratory chemical. Its use as a dietary supplement by competitive athletes took off in the early 1990s.

Studies since then have shown that the amount of creatine stored in the body can be increased by 20 to 40 percent through supplementation, depending on baseline status – with corresponding performance-enhancing or therapeutic effects. To achieve this increase quickly and permanently, a one-week supplementation with approximately 0.3 grams per kilogram of body weight (for a body weight of 80 kilograms, this would be 24 grams) per day is usually recommended. This so-called loading phase is followed by the indefinite maintenance phase with daily supplementation of 3 to 10 grams, depending on body weight.[1]
Today, creatine is one of the most popular performance-enhancing supplements. In the USA, for example, more than four million tons of creatine are consumed annually (2011 figure).

Creatine products on the market for supplementation

Creatine for supplementation is available today in a variety of forms. These include creatine monohydrate, creatine phosphate, creatine pyruvate, creatine ethyl ester, and tri-creatin malate. The following will briefly characterize the various creatine derivatives and whether and to what extent they differ in their bioavailability and/or efficacy.

Pyruvate is an intermediate product of glycolysis that is further broken down in what is known as the Krebs cycle, storing energy in the form of GTP (guanosine triphopshate, an analog of ATP). There is evidence that supplementation with pyruvate may enhance performance during aerobic endurance training. In contrast, creatine supplementation is predominantly associated with an increase in performance during anaerobic weight training as well as other forms of short-term intense physical exertion, while a majority of studies have found creatine to have little efficacy in increasing aerobic endurance.[7]

In addition to the increased solubility of creatine pyruvate compared to creatine monohydrate, the combination of creatine and pyruvate thus also opens up the attractive possibility of using a supplement to positively influence performance in both strength training and endurance training. Unfortunately, however, there are hardly any studies on the effect of creatine pyruvate on athletic performance; the few studies that do exist are inconclusive in their results.[8][9]

Creatine citrate should be evaluated similarly to creatine pyruvate. This creatine derivative is also more soluble in water than creatine monohydrate and is therefore likely to exhibit improved adsorption, particularly relevant at high doses.[4] Citrate is an intermediate of the Krebs cycle, during the breakdown of which, as with pyruvate, energy is stored in the form of GTP – analogous to pyruvate, synergistic effects with creatine can also be assumed here. Studies have demonstrated the effectiveness of creatine citrate; whether there are differences in effect when compared with creatine monohydrate is not known.”[8][10][11]

Creatine ethyl ester is ethanol esterified with creatine. The compound was originally developed to increase the bioavailability of creatine supplements in cases of impaired cellular creatine uptake. Creatine ethyl ester is more lipophilic than creatine, and so it was thought that it could cross the cell membrane without the creatine transporter normally required for this purpose and alleviate the neurological symptoms of creatine deficiency triggered by deficient creatine transport. Unfortunately, these hopes were not fulfilled.[12]

Tri-creatinmalate is similar to creatine pyruvate and creatine citrate. Like citrate and pyruvate, malate is broken down by the Krebs cycle to release energy, which is stored as GTP. This suggests that in addition to creatine-mediated increases in capacity for short-term peak anaerobic performance, tri-creatine malate could also accelerate the replenishment of ATP through oxidative phosphorylation, thereby improving aerobic endurance.

Unfortunately, not many studies exist with tri-creatinmalate and, in particular, no studies comparing the effects of tri-creatinmalate and those of other creatine derivatives. Two studies attest to creatine malate’s efficacy in enhancing physical performance in judokas and sprinters, but no or limited effects on specific parameters of aerobic endurance.[16][17]

The various creatine compounds commercially available are synthesized exclusively by chemical means; extraction from muscle meat no longer plays a role in the industry. The most common synthetic route for creatine monohydrate in the industry starts from the amino acid sarcosine, which is converted into creatine with the aid of a guanylating agent – usually cyanamide. Creatine monohydrate usually forms the starting material for the synthesis of the other creatine derivatives.[18]

In this context, it is also important to mention a study published in 2011 that analyzed the creatine content and impurities in 33 different creatine products available on the Italian market. Contaminants with creatinine, the breakdown product of creatine, and with dicyandiamide and dihydrotriazine, undesirable byproducts of industrial creatine synthesis, respectively, exceeded the limits set by the European Food Safety Authority in 50 percent of the products analyzed.[19] In view of these results, manufacturers that carry out strict quality controls and have the maximum levels of contaminants in their products certified should be favored whenever possible.

Creafusion, a combination of creatine monohydrate, creatine ethyl ester and creatine ethyl ester malate, contains the amino acids L-arginine and L-tyrosine as well as taurine – ingredients known from energy drinks, among others, which also enhance physical and mental performance – in addition to the three ultra-pure certified creatine derivatives.